I had the idea for this project thanks to 10 returns of experiences in developing programming statically typed as C ++, C #.

During my studies in Computer Science Master in 2006 , I had to work on meta - programming projects in Open Java and Open C ++ as well as meta- evaluator Common Lisp projects. The landmark project I had learned Smalltalk , Squeak project sensitized me to this type of project.

The objective of this paper is to propose an implementation of a meta-modeling Based on the meta-programming concepts.
The purpose of a meta-modeling is a superset implementation of an existing environment.
Here I propose to start from the Windows application layer to overloading and implement an overlay on top of this application environment.
We could have a Unix layer, but it does not matter, meta-programming aims to model an existing meta-modeling and then to implement it programmatically.
Here our choice is given to the C # language, the idea is to virtualize the application environment by creating a modeling over the application layer of Windows.
The first implementations on which I worked during my studies concerned to create a meta-evaluator Common Lisp over the dynamic language Lisp.
A meta-modeling may in turn meta-model for creating in turn a new application layer.
Open other project as C ++ or Java Open, allowed me to understand these meta-programming concepts. The most famous are those reflections mechanisms, the ability to instantiate a class and invoke its methods programmatically when running in Runtime. The instantiation of class and calling methods is the first level at compile but in a level above in an overlay, it is possible for reflection mechanism to implement this mechanism.
The idea to implement a meta-modeling by Windows meta-programming creates an overload at the operating system and thus create an application wrapper.
Create an application wrapper on top of an operating system virtualization means creating a system of user office here no matter the operating system: either Windows or Unix.
The Windows environment virtualization project was born of the mechanism described above, create a virtualization system for Windows users offices stems from this meta-modeling approach.
I created the project GenuiSoft silvered after this process started during my studies and after a return of more than 10 years experience on static typing and object-oriented languages ​​and on different markets Framework between those of another Microsoft.
A turning point during my studies was the meeting of Roland Ducourneau teacher researcher at LIRMM Laboratory of Informatics, Robotics and Microelectronics of Montpellier and architect Xavier Reverdy Microsoft expert in Grenoble. 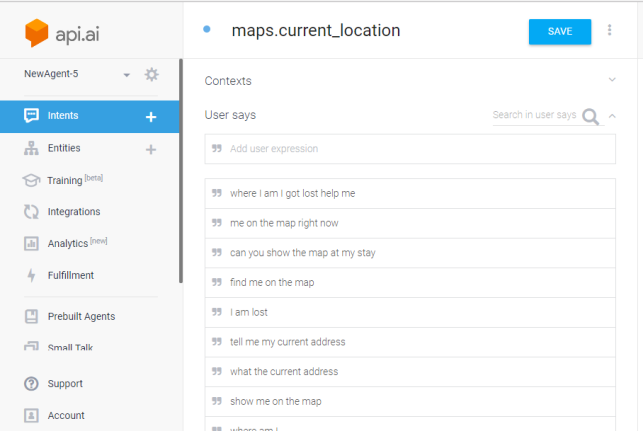 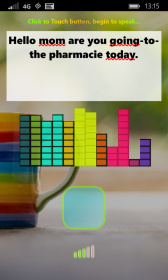 API.AI allows you to manage user interactions and mobile devices through voice assistant events such as Cortana, Google Assistant, and SIRI. To do this, you must create an API.AI account and access it from the console completely free of charge.
You can define your own voice scenarios and user interactions, only flat is that all scenarios must be created, fortunately scenarios are already pre-defined.

GenuiSoft is a Trademark and a copyright deposed to INPI (Institut National Property Industrial) since 04/08/2014.  The concept was created the 15/05/2014. 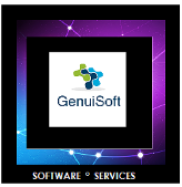 New Desktop vision of your desktop